The pandemic forced this year’s parade to go virtual, and the new format received enthusiastic community support.
This year, 34 community members, school groups, local businesses and Gloucester County departments decorated shoebox-sized floats, which were filmed in front of several different Main Street backdrops. A day after the parade made its debut online, all the parade entries were taken to Main Street for the public to view under a tent. 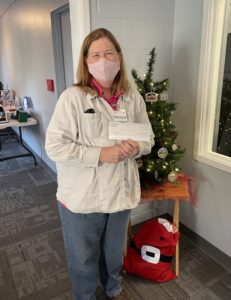 ere asked to place a coin in a jar next to each float to show their support and vote for the entry that they liked the most. This is where the money was raised for Bread for Life.

“It warms our hearts that we were not only able to continue a tradition that the community has grown to know and love, but that we were also able to help support an organization that provides to so many in the community who are in need,” said Katey Legg, Gloucester’s Parks, Recreation and Tourism Director.